Jerry Coleman, ‘second to none’ in sugar industry, retiring after 43-year career

Jerry Coleman, ‘second to none’ in sugar industry, retiring after 43-year career

If you want to know about the type of professional and kind of person Jerry Coleman is, just check his odometer. 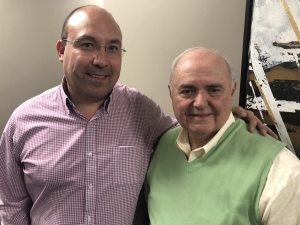 You’ll see the distance Michigan Sugar Company’s Vice President of Marketing logged during a recent sales trip that took him and Vice President of Sales Pedro Figueroa from Bay City to Chicago, to Indianapolis, to Columbus to Orrville, Ohio, for meetings with key customers.

Never mind that Coleman’s retirement date was less than two weeks away.

There still was important work to be done on behalf of the company.

“You could feel the nostalgia,” said Figueroa, who is replacing Coleman as he steps away from Michigan Sugar Company on March 29, 2018, after 22 years.

But another, more fitting word also was on Figueroa’s mind: integrity.

Of course, if you do know Coleman, none of this surprises you. A consummate professional, the Lumberton, North Carolina, native has carved out a legendary 43-year career that began in 1975 when he went to work as a regional sales manager for Domino Sugar and continued in 1983 when he joined American Crystal Sugar, which eventually merged its marketing efforts with two other cooperatives to form United Sugars, where Coleman was later named vice president of national account sales. He arrived in Michigan in 1995 when he became vice president of sales and marketing for Monitor Sugar Company of Bay City, which merged with Michigan Sugar Company in 2004. 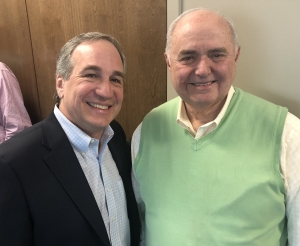 “We wish him all the best in his well-deserved retirement.”

If you ask Coleman about his legacy at Michigan Sugar and in the sugar industry, he is quick to give credit to the team. With his signature southern accent, he uses the word “we” in describing accomplishments and sharing career highlights. When pressed for more, he simply says he hopes others remember his “real passion for the customer.”

“I think I show that,” he said. “Most of the customers became my business friends. The people behind the numbers always mattered.”

The type of relationship Coleman fostered during his career is evident in a letter from Donald E. Welge, president and general manager of Gilster-Mary Lee Corp., a long-time Michigan Sugar customer.

“It is always fun to deal with you,” Welge wrote to Coleman on March 26. “You tell us your success is based on your good looks, but we really feel it is based on your knowledge of the industry, your hard work, your integrity and the pleasant manner you have of dealing with your customers.

“It has been a most enjoyable pleasure to deal with you at Michigan Sugar.”

While Coleman’s customers certainly held him in high regard, so, too, did his colleagues and competitors.

“You have been a worthy competitor over the years,” Bill Smith, president and CEO of National Sugar Marketing LLC, wrote in a March 25 letter. “Your knowledge of the market, the industry and most of all the buyers was second to none.”

Smith went on to applaud Coleman’s dedication to growers.

“Never once have I ever doubted that you had the interest of your grower group in mind when you were selling,” he wrote. “I always felt that no matter what, their interests were your interests. … You did everything in your power to see that growers were long-term successful.

“For this, you are to be applauded.”

“His understanding of our industry is profound and he has been remarkably unselfish in sharing his insights,” Roney said. “Besides his market experience, and just as importantly, Jerry has always been a gentleman – kind, thoughtful, considerate.

“For those of us who have made a career in the sugar industry, Jerry is the kind of guy who has made us proud to be part of the sugar family.”

Coleman grew up in North Carolina, the son of Johnny Coleman, a carpenter, and Margie Coleman, a stay-at-home mom. He got his first job at age 12, working as a curb hop at Stalling’s Grill, a hot dog and burger restaurant in Lumberton, located about 125 miles southeast of Charlotte. By age 16, as a high school junior, Coleman was driving a school bus for the local district.

“You had to be an honor student with a clean driving record,” explained Coleman. “I parked the bus at school and they’d let us out 10 minutes early to go get the bus at the end of the day.” 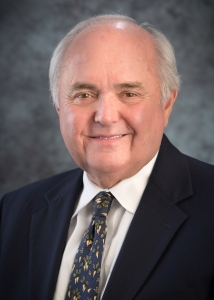 Coleman graduated from Littlefield High School in 1966 and went to work for AT&T in the company’s long-line division. Two years later, he was drafted into the U.S. Army, where he served until 1970, including a year in Vietnam where he was part of an aviation brigade that ran supplies throughout the Saigon area.

Upon returning home, Coleman enrolled at the University of North Carolina-Pembroke, where he majored in history with plans of becoming a teacher. He earned his degree in three years, graduating in 1972. That same year, he married his wife Susan, a Red Springs, North Carolina, native who he had met in college.

At the time, Coleman said there just wasn’t enough money to be made in teaching, so he went to work for National Starch and Chemical Co. as a salesman of industrial starch in Charlotte.

His career in the sugar industry began three years later when a friend who worked for Domino Sugar told Coleman the company was looking for a salesman for the Carolinas. Coleman interviewed for and landed the job, only he ended up in New York, selling to customers in the Bronx and Brooklyn. Later, his territory included Upstate New York, New Jersey and, eventually, New England, where he called on clients from Connecticut to Maine.

To this day, Coleman still remembers his first sugar sale.

“I sold a truckload of liquid sucrose to the 7-Up Bottling Co. in Plainfield, New Jersey,” Coleman recalls, adding it was about 4,200 gallons. “It took me a couple weeks into the job before I made a sale. It was exhilarating, sort of like you had broken through.”

In the years that followed, right up until his most recent sales trip, Coleman says he is confident he called on more than 1,000 customers during his career of more than four decades.

A few other notable sales stick out in his memory – like the time he sold several truckloads of sugar to Scott Paper Co., which planned to use the sugar as a substitute for latex in softening up the tissue. He also said he has sold sugar to concrete manufacturers for use in impacting the curing time of concrete. 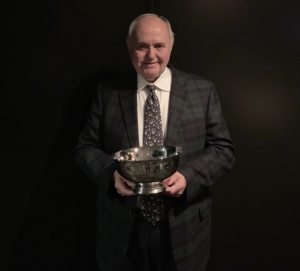 The most memorable moments, however, were some of the most difficult, Coleman said, noting the Feb. 7, 2008, Imperial Sugar refinery explosion in Port Wentworth, Georgia, as well as the devastation caused by Hurricane Katrina in 2005.

“Supply lines were down and trucks were hard to get,” said Coleman. “Customers needed sugar. We supplied it to places we had never been. The fun times are the hard times because you get to make a difference.”

On a more local level, Coleman said he’ll never forget the September 1999 molasses spill at the Monitor Sugar Company plant in Bay City. According to reports, an estimated 4,000 tons of molasses spilled out of a tank and into the factory.

“You could see the molasses coming out of the plant,” said Coleman. “They brought in an industrial clean-up service and they used sawdust to help scoop it up.” 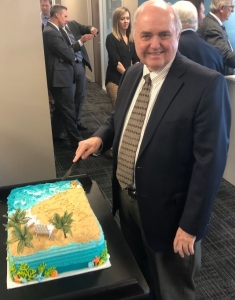 “I like the fact that I’m connected to the grower,” he said. “Here, I can look them in the eye and get to know them and get out on their farms. They’re great people and I like them and they’ve been great to me.”

The move to Michigan also gave Coleman the opportunity to teach. He has been an adjunct professor of marketing for nearly 20 years, working at both Northwood University in Midland and Central Michigan University in Mount Pleasant.

Coleman, who turns 70 in May, said he has “accepted” retirement, with the caveat that he’d work for another five years if his love for his family wasn’t even stronger than his love for his profession.

The next 691 miles he logs will be to return to the Carolinas.

Jerry and Susan Coleman have three adult children – Kevin, 42, and Andy, 34, who both live in Lexington, South Carolina; and Amy, 40, who lives in Amherst, New York. Kevin and his wife Jen have two boys, Riley and Tim, and Amy and her husband Josh have three boys, Justin, Cole and Ian.

Coleman said he and his wife plan to split time living in Lexington and at their house on Ocean Isle Beach in North Carolina, which Coleman describes as his favorite place on Earth. They’ll also spend time with their daughter and her family in New York.

Aside from spending time with family, Coleman said he’ll continue to read – he reads about two hours every day – follow politics and explore new technology.

Chances are, Coleman also will continue to enjoy two of his favorite refreshments – glazed doughnuts and Pepsi Cola – the kind made with real sugar, of course.

Asked what he’ll miss the most about coming to work, the answer – not surprisingly – revolves around the people.

“The sugar industry and Michigan Sugar have been great to me,” Coleman added. “If I could do it all over again, I’d do it the same way.”